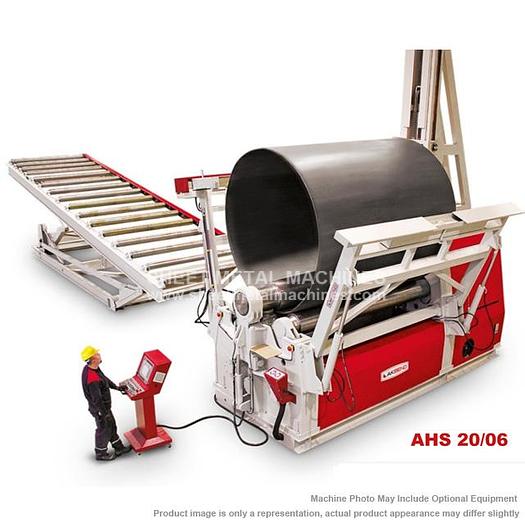 *The sheet will be able to be re-open more than the minimum diameters specified here due to the physical material spring back. Particularly at the narrowest diameters, even if the material is completely rolled around the top roll, due to the high back spring, the stated values are approximate and not binding on the manufacturer.

* The specified capacities are for multi-pass rolling operations.

* For cone bending, all bending values must be reduced to %50

Specifications are subject to change without notice.

NOTE: Data is provided by the manufacturer.